No swine flu vaccine. Those are the headlines at the time of the posting of this web page, (April 30, 2009) there has not been a decision to start production of a swine influenza vaccine. This raises several questions.

What is a vaccine?

What do vaccines do?

What are the risks of vaccines?

When it comes to swine flu vaccines or any kind of vaccine, some things have never changed. Thus, consdier the following...

What if there were another way, perhaps in some ways better?

Before you get any vaccine, you need to watch this 60 Minutes piece on the 1976 vaccine program.

Does history repeat itself? Do you want to risk your life and health?

The largest global producer of influenza vaccines, including the 2009 H1N1 swine flu vaccine, are said to be safe. But how safe are they? One side effects posting says that they are considered less risky than the diseases they prevent. One example, for every million people who get the flu shot, one or two will get a serious neurological reaction called Guillain-Barre syndrome (GBS). The authors of this posting personally know such a person.

The seasonal flu results also may result in death.

Based on the Department of Justice damages paid by the U.S. Government to vaccine victims (published on the U.S. Department of Health and Human Resources website), the 3 month report in 2014, indicated that the flu vaccine is the most dangerous vaccine in America. Of the 78 cases that were awarded settlements for vaccine injuries, 55 of the settlements were for the flu shot, including one death. The majority of the settlements for injuries due to the flu shot were for Guillain-Barré Syndrome. Included in the flu vaccine injuries were: Chronic Inflammatory Demyelinating Polyneuropathy, Rheumatoid arthritis, Shingles, Brachial plexus neuropathy, Bell’s Palsy, Brachial neuritis, Transverse myelitis, Lichenoid drug eruption, and Narcolepsy.

More information can be found at: http://healthimpactnews.com/2014/government-pays-damages-to-vaccine-victims-flu-shot-most-dangerous-with-gbs-and-death-settlements/#sthash.VUQ0JNiX.dpuf

What is a Vaccine?

A vaccine is a medicine that is given to help the body stimulate the production of antibodies that will help the body to produce immunity against one or several diseases.

Vaccines are usually made from the causative organism (bacteria, viruses) of the disease.

Vaccines are made of pieces (antigens) of these organisms. They are composed of whole killed (inactivated) organisms or live, weakened (attenuated) organisms that have lost their disease-producing properties. Sometimes pieces of the organisms such as an outer coat protein are made into a vaccine. Another process involves inactivating a toxin formed by the causative agent with formalin into a toxoid.

What do vaccines do?

Vaccines stimulate the body to produce antibodies. Once a foreign pathogen invades the body, the antibodies recognize and neutralize or help eliminate the invader (humoral immune response).

Or specific cells called immune cells are generated and they destroy cells infected by the organisms (cellular immune response).

The antibodies are produced by B-Cells, also called B lymphocytes. (Our body has two circulatory systems, blood and lymph). These in turn will mature into plasma cells once inside the bone marrow. From there they will go to the spleen and lymph nodes.

Another kind of cell, T Cells or T lymphocytes mature in the thymus. They help produce helper T cells and killer T cells.

These two lymphocyte cells work together to control and hopefully completely rid the body of the invading infection.

What are Vaccine Side Effects?

This website nor its owners do not hold a position that vaccines are beneficial or harmful. This is something that needs to be discussed with your doctor. You will need to become an educated consumer in order to make the best decision.

Do not make your decision solely on the basis of what you read on the web though, especially if it is against vaccines. Always try to find reputable medical and health care based articles and publications to base opinions and decisions on.

Vaccine risks are often not discussed or even dismissed as insignificant. There are numerous websites from families of children who were victims of side effects of vaccination. The risk and debility was not insignificant to the parents nor the affected children.

Here are a few quotes of the doctors in the movement away from vaccines.

"Probably 20% of American children—one youngster in five--- suffers from "development disability". This is a stupefying figure…...... the primary cause of encephalitis...... is the childhood vaccination program. To be specific, a large proportion of the millions of US children and adults suffering from autism, seizures, mental retardation, hyperactivity, dyslexia, and other shoots or branches of the hydra-headed entity called "development disabilities", owe their disorders to one or another of the vaccines against childhood diseases."—Harris L. Coulter, Ph.D.

"Sometimes it ends in sudden death. Within a few hours or a day of the shot the baby is found dead in its cradle. These deaths are classified in our medical statistics as "crib death" or "sudden infant death of unknown origin." There are about 9000 cases of SIDS in the United States every year, of which probably 6000 are vaccine-related."--Harris Coulter (1996) https://whale.to/vaccines/coulter5.html

NVICP has paid out for 50 deaths per year: The US Federal Government's National Vaccine Injury Compensation Program (NVICP) has paid out over 724.4 million dollars to parents of vaccine injured and killed children, in taxpayer dollars. The NVICP has received over 5000 petitions since 1988, including over 700 for vaccine-related deaths, and there are still over 2800 total death and injury cases pending that may take years to resolve (NVICP, Health Resources and Services Administration).

Sometimes the deaths involve adults. Especially at risk are those advanced in age. Consider what happened to a doctor, one who promoted vaccines, one who was the leading cancer doctor in the world....and who died from taking a yellow fever vaccine. 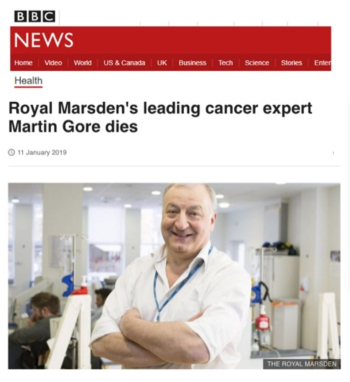 Locally, we have a businessman who got one of the flu vaccines. He developed Guillain-Barre syndrome. According to the CDC, "On very rare occasions, they may develop GBS in the days or weeks after getting a vaccination." Back when I was offered the shot by my employers, I was never informed of this risk. I have never seen anyone informed of this risk.

What new side effects the swine flu vaccine will present are yet to be seen.

VaccineChoiceCanada.org is an organization of parents who have experienced the nightmare of vaccine side effects.

What if there were another way, perhaps in some ways better than the proposed swine flu vaccine?

Glutathione and Swine Flu What if it were so simple? Read the 2006 Report.